The success story of the MAST Project

“You don’t sit and wait. You just do it yourself and get ahead of the curve.” This is the way Dave Moutrey, Director of HOME, an art centre based in Manchester, summarises his organisation’s approach to environmental sustainability.

HOME has been at the forefront of greening the British cultural sector. Established in 2015, the Mancunian centre is a cultural hub for contemporary visual arts, theatre and film, which is committed to environmental sustainability. The arts hub has achieved outstanding BREEAM credentials and a 4-star Creative Green certification by Julie’s Bicycle, a London based charity that supports the creative community acting on environmental sustainability, and demonstrating green leadership qualities. Aside from its institutional achievements, HOME has also received collective recognition through the Manchester Art Sustainability Team (MAST), of which HOME is a dynamic member. 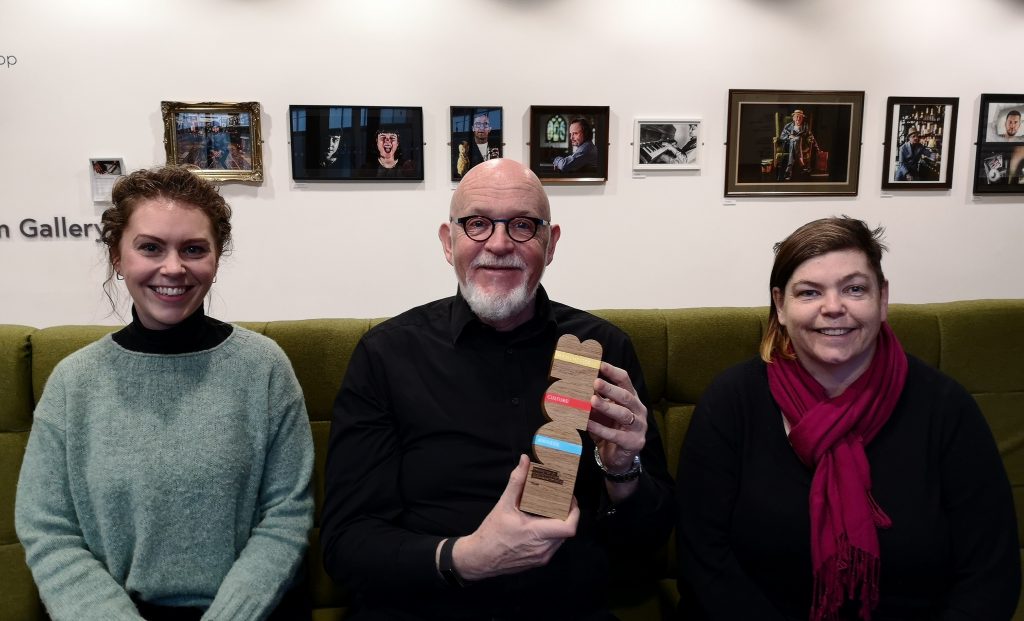 Since 2012, thirty cultural organisations working under MAST, including the Manchester Museum and the Royal Exchange Theatre have achieved a 7% year-on-year reduction in their CO2 emissions. In just three years, between 2012 and 2015, a core group of 13 organisations saved 1400 tonnes of CO2, the equivalent of the yearly carbon footprint of 200 European citizens.

The success of MAST lies in two key factors: a solid institutional framework and intensive collaboration with stakeholders, such as Julie’s Bicycle and industry partners.

In 2010, MAST first emerged as a way for Manchester-based cultural organisations to share best practice examples on the topic of environmental sustainability. With the help of Julie’s Bicycle, the members of MAST met every 3 months, and discussed concrete ways in which they could act, by drawing from each other’s experiences.

In 2012, MAST gained momentum when  Arts Council  England became the first cultural body in the world to make environmental action a part of their funding agreements. In parallel, the city of Manchester had started to draw its first climate targets. The combination of a legal framework and a collaborative spirit led to a fruitful dynamic in the cultural sector of Manchester. In 2017, MAST received the Good Practice Label of the European URBACT programme as a recognition of its outstanding achievements.

With its growth and gathered knowledge, MAST’s focus has evolved, as the group’s efforts now go beyond operational good practice in terms of emission reductions.

The majority of the MAST members combine both practical environmental action and audience engagement on the topic of environmental sustainability, in the understanding that the two are mutually reinforcing.

For Alison Criddle, HOME’S Projects & Sustainability Coordinator, “audience engagement at HOME on the topic of environmental sustainability starts with the HOME team.” Since 2016, all of the staff at HOME are “carbon literate” through  Carbon Literacy training, and for Dave, this has been the biggest single intervention to foster environmental working practices at HOME.

Alison explains that each staff member that gets trained through the Carbon Literacy programme puts forward environmental actions which HOME holds them accountable for. The staff implementing these actions integrate environmental sustainability as a part of their everyday work routines and language. “This then feeds out to the people you are interacting with”, Alison explains, “and holds us even more accountable, leading us to constantly challenge ourselves.”

Dave adds that is important for several reasons. It shows that HOME is serious about sustainability, something that audiences expect from them. In a second step, Dave hopes that it then leads to wider behavioural change among their audience who account for a large part of HOME’s carbon footprint through travel. The uptake of Carbon Literacy training has been slower with other members of MAST. While Debbie Bell, Building and Environmental Manager at HOME, acknowledges that Dave, as Director & Chief Executive of HOME is very supportive of any environmental measures, this is not always the case with other MAST members. “I think that the leadership of some organisations were not ready to react to upwards pressure  from their wider staff”, says Dave.

“We were just not moving forward”, says Debbie.

Two years ago, in 2018, MAST found itself stagnating. “We were just not moving forward”, says Debbie. – This period was short-lived however, and a collaboration between partners alongside Greater Manchester’s increased sustainability commitments for the city region jumpstarted MAST activity once again.

In 2019, MAST in collaboration with Julie’s Bicycle and Manchester City Council, started C-Change, an URBACT programme to transfer the learnings of MAST to five other European cities. This proved beneficial.

“MAST gained momentum again as well, as it was amazing to see what cities could achieve in such a short space of time”, explains Alison. 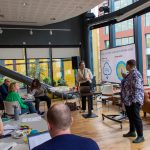 “Any sustainable sharing network is a good idea”, she continues, showcasing the importance of collaboration on the topic of environmental sustainability.

The city of Manchester’s role in MAST’s dynamic is also essential. Manchester, in 2020, set a target to reduce its direct CO2 emissions by 50%, which in turn moves MAST forward. In order to meet these targets, Dave – in his other role as Director of Culture for Manchester City Council – is currently helping to rewrite the funding agreements of the city for cultural organisations to ensure that carbon reduction will become a commitment of Manchester-based organisations. “With the new funding agreement, we are going to add fuel to the low-carbon fire of MAST”, says Dave.

→ Read on next article on Climate Adaptation