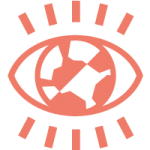 The SHIFT partners wish to use the Eco-Guidelines as a basis for a certification scheme that introduces the rigour required to influence change in their organisations.

Take a look at some FAQs below:

There are no minimum requirements as such, however, it is preferable if the organisation / consortium has some experience in this area of work.
A hybrid structure with a combination of both online and on site would be ideal. The majority of networks participating in the pilot are located in France, the Netherlands, Belgium and Germany with one additional network based in Sweden (Lund).
Based on the proposal and potential scenarios, the group of networks shall adapt and fundraise accordingly and acknowledge that a cash investment from the side of the networks is necessary in this process.
ca 10 organisations (that can either directly apply or recommend some people).

Overall, there is an eagerness to co-develop the certification from the committed networks. This would include decision making processes.

The idea is to open the process to a larger catchment of networks, and we believe that many networks would be interested in becoming part of the process.

In the beginning, the focus is on defining what participants must put in and what they will get out of the process. Once this is defined, there is a chance to develop a clearer idea of where it can grow to.

The development committee envisions the success and growth of the certification scheme as spanning over several years rather than immediate.

In the long run, the development committee sees the potential for the certification scheme reaching beyond cultural networks to those involved in social, private, and public sectors, perhaps also developing to local/national level.

This will be a joint effort.

In the initial meetings, we have set this as 1-2k as an annual contribution but are conscious that we must be more specific about what is included in which phase within that and what that entitles a member to.

It’s important to include your possible starting date in your proposal. A later start is not a reason for exclusion.

The development committee have already began looking at potential sources of funding including the possibility to apply for EU funding through Creative Europe.

There might also be the potential opportunity for private, national, local funding and in general, the intention is to fundraise together.

Concrete ideas for fundraising should be put outlined in the application.